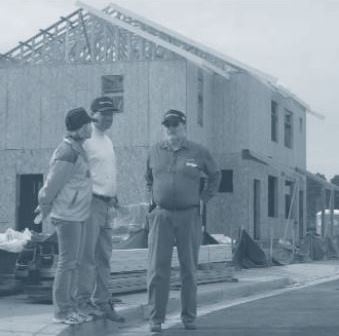 In the fall of 2004, East Bay Habitat for Humanity, an independent affiliate of Habitat for Humanity International, broke ground on the first of 22 houses to be built on a two-acre site near the intersection of East and Hayes Avenues in Livermore. These three- and four-bedroom homes were built using mostly volunteer labor as well as “sweat equity” contributed by the future owners. This was EBH’s second green development; the first, on Fruitvale Avenue in Oakland, provided EBH’s staff with an opportunity to gain considerable expertise with green building, knowledge that they subsequently put to use in the larger Livermore development.
This Success Story was written for the 2005 Green Home Tour in Alameda County.