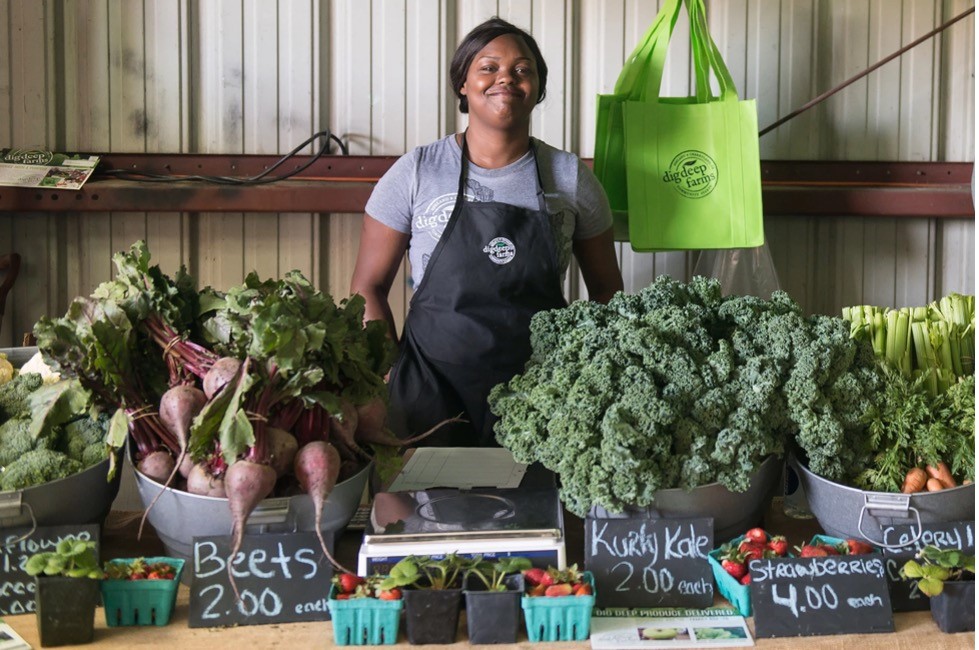 From rescuing food to feed vulnerable communities to keeping e-waste out of the landfill through repair, StopWaste’s new grantees are committed to not only preventing waste, but also helping to build resilient communities across Alameda County.

A total of $580,985 in grant funding will go to 49 local nonprofit and for-profit organizations this year for projects to support and improve food recovery and donation, salvage, reuse, repair, and redistribution infrastructure. Since 1996, StopWaste has provided more than $9 million in funding to local organizations and businesses. We continue to prioritize food recovery and donation organizations on the frontlines of helping to address food insecurity in our communities, particularly given the rise in need due to COVID-19. We welcome you to explore previous and current grantees on our website. 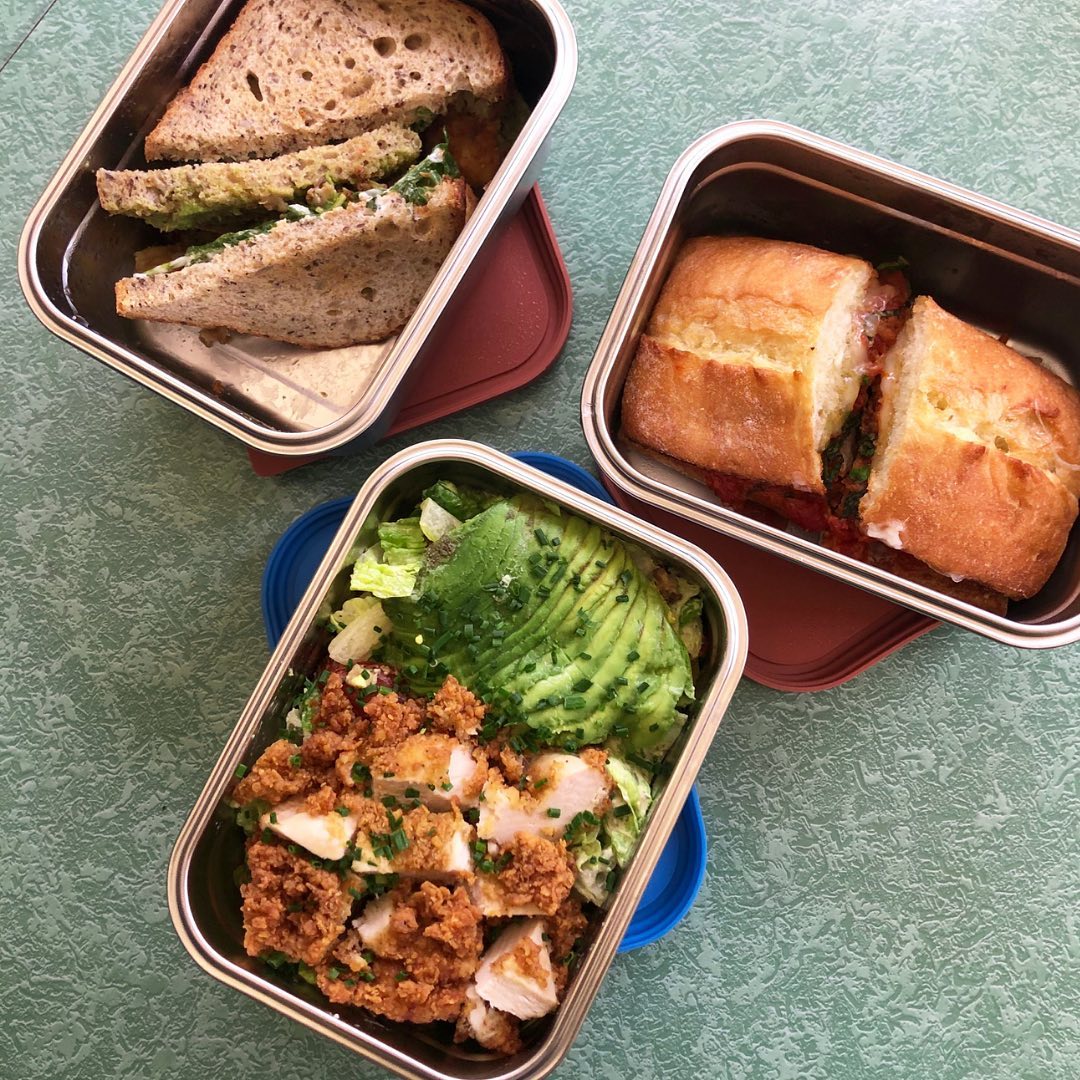 Nearly 1 trillion disposable food service products are used each year in the United States, according to a new report from UPSTREAM solutions. The COVID-19 pandemic has worsened the situation, driving a sharp increase in the use of single-use disposable foodware.

The good news is that the Alameda County Department of Environmental Health, consistent with the Centers for Disease Control and Prevention, allows the use of reusable foodware when properly washed, rinsed, and sanitized.

As California reopens, StopWaste is working with local health departments, businesses, and organizations to encourage and support the use of reusables to reduce cost, waste, litter, and greenhouse gas generation. Check out our new leave-behind encouraging the safe use of reusables, or click below to learn more and stay informed. For questions, contact Justin Lehrer at jlehrer@stopwaste.org. 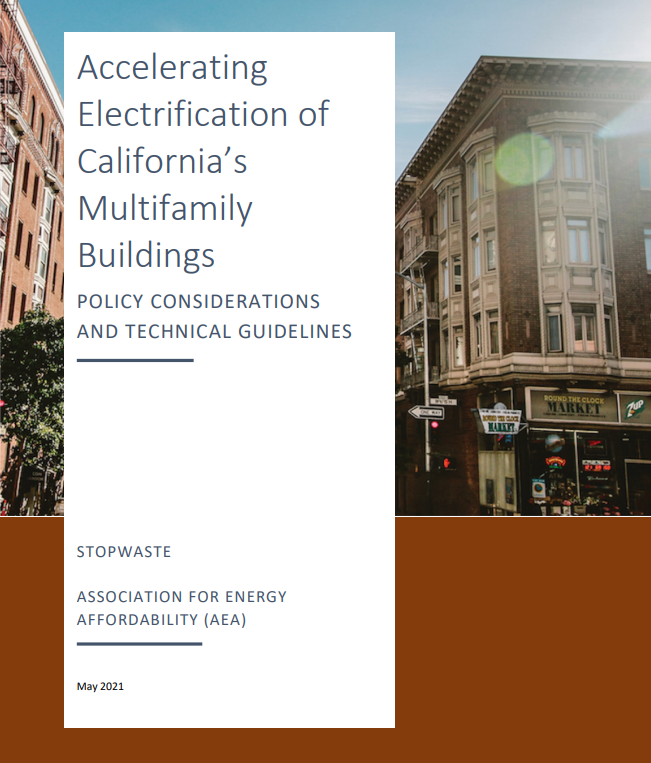 In 2017, California emitted 424 million metric tons of CO2 equivalent (MTCO2e), of which 6.1 percent were attributed to residential emissions. In order for the state to meet its goal of reducing greenhouse gas emissions by 40 percent before 2030, local governments must look beyond traditional energy efficiency policies to widespread electrification in existing multifamily and single-family buildings, according to two recent reports conducted by StopWaste and partners.

The first report, “Accelerating Electrification of California’s Multi-Family Buildings,” produced by StopWaste and funded by a Local Government Challenge grant from the California Energy Commission, offers policy considerations and technical guidelines for cities and building professionals to assess and develop solutions that make electrification of existing multi-family buildings possible regionally as well as at the state and national level.  A second white paper, conducted in partnership with the Bay Area Regional Energy Network, and co-authored by StopWaste’s Emily Alvarez, looks at similar issues in the single-family space, and examines local government policy options for requiring energy efficiency and/or electrification. 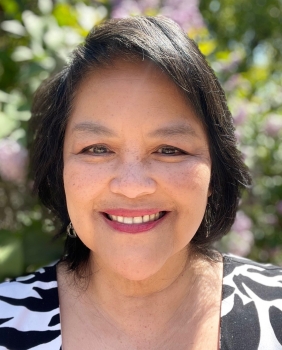 Wendy Sommer joined StopWaste in 1991 as an assistant planner, and began her role as executive director in 2016. Wendy has been at the forefront of sustainability leadership in the East Bay and California, and has played a key role in shaping groundbreaking policies and programs, resulting in the development of standard-setting programs for green building, energy efficiency, resource conservation, and more. After 30 dedicated years at the Agency, she will retire in July 2021. Current Deputy Executive Director Timothy Burroughs will take the helm as StopWaste’s new Executive Director starting July 12. Stay tuned for updates and insights.

In your 30 years at the Agency, it’s hard to think of an area you haven’t played a key role in shaping – from setting construction & demolition standards to cutting edge food scrap programs – you even led the construction of the Agency’s headquarters, the first LEED Platinum renovation project in the world. What stands out to you as most memorable?

I always knew that what would keep me in this job is the opportunity to learn new things, and the variety definitely offered that. Each endeavor has some special memory or success story. But they all share a common thread: they center around a new idea, or a new way of doing something that has never been done before. They all involve convening multiple stakeholders and in almost all cases, people from different backgrounds and opinions. Someone called me a “challenge junkie” the other day, and I guess I am! I love the challenge, the planning, strategizing how things will work, and connecting people with different points of view to reach a common goal.  It’s not one particular project, but the process itself that I love.

It goes without saying that your journey and accomplishments serve as an inspiration to us all. Can you share a little about your own story and how you got to where you are today?

I grew up in Indonesia, and after high school I wanted to study biology in college, but ended up studying law instead. It didn't get off to a good start: freshman hazing was a thing at the time, which I refused to do. It also wasn’t a culture where you could ask questions or voice your own opinions, so I started looking at studying overseas. I thought: I’ll go to the US where there’s freedom of speech, plus there’s Disneyland so it can’t be all that bad! I applied everywhere, and the first acceptance I got was in Green Bay, Wisconsin. In the letter they mentioned to be aware that it gets very cold and to pack long underwear. I didn’t know what long underwear were, so I knew I wouldn’t survive coming from the tropics. I looked to warmer weather, so ended up with my sights on California. I got into a number of schools, but picked Sonoma State University, the smallest college in the state system. I showed up on campus in January with one suitcase without a place to live. I got lucky, and they let me stay in an empty dorm room which is where I got started.

I did finally study biology, but didn’t like the career offerings, so took environmental studies and planning. I got offered a job by a private planner, and later moved with my husband, whom I met in college, to the Tri-Valley (Dublin). After a short time, my boss told me that she was a part of this local task force working on AB 939 known as the Integrated Waste Management Act, and that there was an opening at the Alameda County Waste Management Authority for an assistant planner. The rest is history!

When people find out that I’m from Indonesia, there is an assumption that I must have faced a great deal of discrimination. That's not the case so much in Indonesia, where it’s commonplace to have women as engineers, doctors, and pilots. When we first moved to this area, I worked for a male-dominated engineering firm as a planner and they had no idea what to do with me. I disliked it – none of the engineers valued my input. But then I learned drafting, and started drawing some of the first plans for subdivisions in the area and central valley. This was all new development, with little to no regard for environmental impact. This was really what pushed me further into the environmental focus in a very male-dominated field. But I’ve always maintained that you don’t have to change yourself to get ahead. I never felt the need for that. You could say there’s a disadvantage of being an immigrant and a woman – people look at you a little differently. Regardless, I’ve learned that if I'm true to myself, comfortable in my own skin, and know what I’m saying my voice will be heard.

One of the biggest changes I’m seeing is a more holistic approach to the field, one that prioritizes the multi-benefits on the environment and also community. Before it was about dollars per ton, convenience, and cost effectiveness. People are more and more aware that things are more interrelated. One of the biggest challenges in this field is balancing the urgency of what’s happening with climate change, yet understanding that this is also an uphill battle; a slow but steady movement that urgently needs to happen.

As you retire, what advice would you give staff and anyone dedicated to the mission of conservation and sustainability?

Be patient – but also persistent – and persevere. You need that combination. And remember that not everyone shares your view; try to find the common ground, and grow together. There’s a saying I like: don’t water the weeds. If you’re doing something and it’s not taking hold, recognize that and move on when you can. So much of our work is about building relationships, the results will follow. Take your work seriously, but not yourself, too seriously anyway. You have to have fun – there needs to be a balance. Lastly, try to uplift others whenever possible.

So what chapter is next in your book?

I'm excited to focus on self-care and other things that I have set aside because they aren’t pragmatic: art, music, gardening, languages. We also want to travel: the first thing we’re going to do after my retirement is to go to Mendocino. I've never really visited the National Parks, so first up we’re driving to Utah to visit parks there.  The great part about retirement is that I can go to places midweek! When international travel opens up, top on our list is Spain, Greece, and Portugal. But one boring thing that I am super excited about in retirement is to declutter the house!