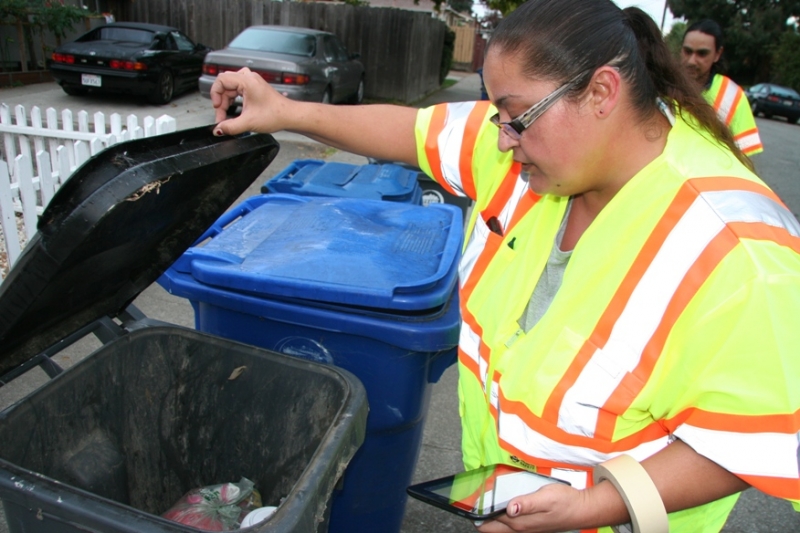 New report shows residents and businesses of Alameda County what’s in their garbage and the economic value of properly sorting it.

Oakland, CA – January 27, 2014 – Most of us say that recycling is important, but are we good at it? StopWaste spent the past year taking a look at garbage carts to find out. A report being mailed this week shows that residents and businesses in Alameda County dumped as much as $70 million of recyclable and compostable items in the garbage last year. The report is part of a new Benchmark Service from StopWaste, a public agency responsible for reducing waste in Alameda County.

“Let’s face it, we’re still burying too many valuable resources in landfills,” said Gary Wolff, P.E., Ph.D., StopWaste Executive Director. “More recycling would capture valuable resources already in our communities, stimulating the local economy and creating jobs.” Our goal for Alameda County is that by 2020, less than 10% of what’s in garbage containers will be recyclable or compostable. The Benchmark Service tracks progress towards that goal, and has three components:

Consistent with the data collected in 2008, the biggest potential for improvement is with organics recycling. “If we could make just one change, it would be to recycle all our food scraps in the green bin, all the time” said Alameda County Waste Management Authority (dba StopWaste) Board President Don Biddle. “This would reduce greenhouse gases and help create compost that’s used to grow food and beautify urban landscapes.” For tips on how to recycle better, residents and businesses can visit www.StopWaste.org.